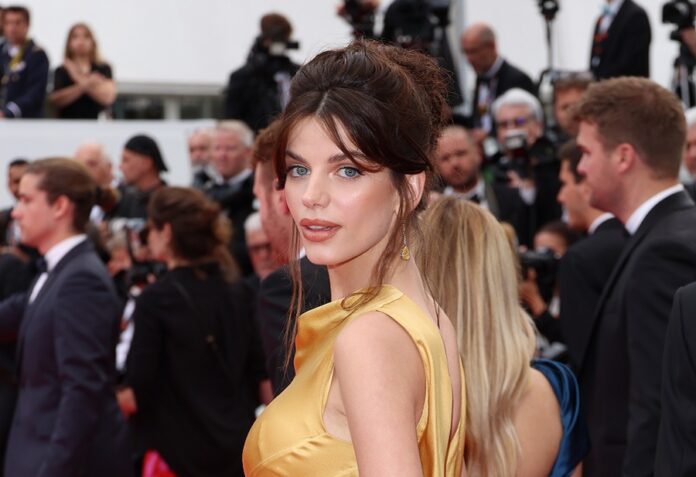 DUBAI: The Cannes Film Festival 2022 has gotten off to a glittering start, bringing together cinema’s biggest stars from all points of the globe for film premieres in their most glamorous get-ups. Indeed, the annual film festival is just as much about the glitzy red carpet as it is about the films, so French-Tunisian model, singer and actress Sonia Ben Ammar made sure to deliver a strong look as she attended the “Maverick: Top Gun” red carpet premiere on Wednesday. The “Scream” star chose a silk gold Alberta Ferretti gown. She paired the sleeveless, floor-trailing dress with delicate jewelry from Bulgari and black pumps.

When it came to her beauty look, the multihyphenate raked her chocolate lengths back into a middle-parted voluminous updo with two face-framing strands on either side of her cheeks. As for her makeup, Ben Ammar channeled the 1990s with a warm, bronzed complexion, groomed eyebrows and mocha-colored lipstick.

Despite being just 23-years-old, Ben Ammar is a seasoned Cannes red carpet star.

The actress made her Cannes Film Festival debut in 2016 at the red carpet premiere of “The BFG” wearing a beige, floral-printed slip dress.

The French-Tunisian star went on to capture attention on La Croisette the following year, stealing the spotlight at the 2017 red carpet premiere of “The Beguiled” in a black embellished gown.

In the years that followed, Ben Ammar continued to experiment with head-turning pieces with a penchant for glamorous gowns, such as the Philosophy di Lorenzo Serafini mini dress with a long, trailing train that she wore to the “BlacKkKlansman” premiere at the 71st edition of the film festival.

No matter what the film premiere is, Ben Ammar always shows up with a striking look that oozes glamour and for that reason alone, she remains one of the most exciting faces on La Croisette.