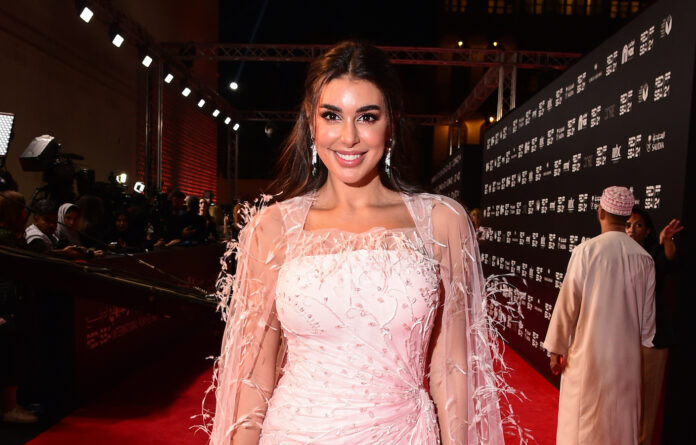 The stars were spotted having a conversation at the event’s reception party before the models walked in to showcase the French luxury jewelry label’s latest designs.

Sabri wore a form-fitting red satin dress with draped-detailing around the waist designed by Lebanese couturier Nicolas Jebran. She accessorized her look with a large diamond and ruby twisted necklace from Cartier.

The stars were spotted having a conversation at the event’s reception party. (Instagram)

Malek, an Oscar and Golden Globe winner, wore a black suit with a pale blue tie as he posed for pictures with Sabri and Indian actress Deepika Padukone, who are both ambassadors for the brand.

The celebrities ended their night by attending an afterparty with a special performance by British singer and songwriter Rita Ora.

She sang a bevy of hits, including “Your Song” and “I Will Never Let You Down.”

Sabri, who is famous for her roles in “Hekayti,” “Fursa Tanya” and “Leilet Hana w Srour,” starred alongside Italian model Mariacarla Boscono and British actors Ella Balinska and Annabelle Wallis – who was also among the guests at this week’s Madrid event.

Shahidi, whose father is Iranian and mother African-American, attended the multi-day event that included an opening night, a dinner, a show, a jewelry exhibition and a gala party in Madrid.

The brand unveiled a number of eye-catching pieces, including glittering diamond pendants and rings, rock crystals, colorful opals and more.

Shahidi wore a custom-made dress by Canadian fashion label Greta that she accessorized with Cartier jewelry and a bold makeup look.

Meanwhile, Emad stepped out in a yellow set by Lebanese couturier Georges Hobeika that featured a pencil skirt and a knee-length blazer with feather detailing on the sleeves.