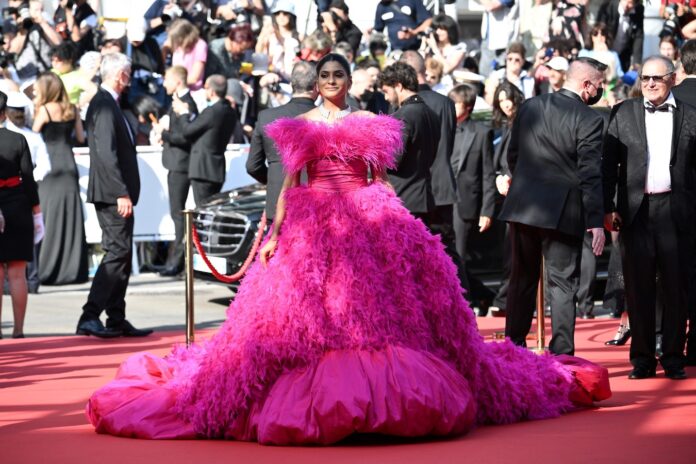 CANNES: The 75th Cannes Film Festival kicked off Tuesday with an eye turned to Russia’s war in Ukraine and a live satellite video address from Ukrainian President Volodymyr Zelenskyy, who called on a new generation of filmmakers to confront dictators as Charlie Chaplin satirized Adolf Hitler.

After tributes and musical numbers, Zelenskyy was streamed live for the formally attired audience who had gathered for the premiere of Michel Hazanavicius’ zombie comedy “Final Cut.”

Zelenskyy, dressed in his signature olive green shirt, drew a thunderous standing ovation and and spoke at length about the connection between cinema and reality. He referenced films like Francis Ford Coppola’s “Apocalypse Now” and Charlie Chaplin’s “The Great Dictator” as not unlike Ukraine’s present circumstances.

Zelenskyy quoted Chaplin’s final speech in “The Great Dictator,” which was released in 1940, in the early days of World War II: “The hate of men will pass, and dictators die, and the power they took from the people will return to the people.”

“We need a new Chaplin who will demonstrate that the cinema of our time is not silent,” implored Zelenskyy.

The Ukrainian president pushed filmmakers not to “stay silent” while hundreds continue to die in Ukraine, the largest war in Europe since WWII, and show that cinema “is always on the side of freedom.”

The war is to be a regular presence in Cannes, where the festival has barred Russians with ties to the government from attending this year. Set to screen are several films from prominent Ukrainian filmmakers, including Sergei Loznitsa’s documentary “The Natural History of Destruction.” Footage shot by Lithuanian filmmaker Mantas Kvedaravi?ius before he was killed in Mariupol in April will also be shown by his fianc?e, Hanna Bilobrova.

Even “Final Cut,” the latest film from “The Artist” filmmaker Hazanavicius, was renamed from its original title, “Z,” after Ukrainian protesters noted that the letter Z to some symbolizes support for Russia’s war in Ukraine.

Formally attired stars including Eva Longoria, Julianne Moore, B?r?nice Bejo and “No Time to Die” star Lashana Lynch were among those who streamed down Cannes’ famous red carpet Tuesday. More star-studded premieres — “Top Gun: Maverick!” “Elvis!” — await over the next 12 days, during which 21 films will vie for the festival’s prestigious top award, the Palme d’Or.

But Tuesday’s opening and the carefully choreographed red-carpet parade leading up the steps to the Grand Th??tre Lumi?re again restored one of the movies’ grandest pageants after two years of pandemic that have challenged the exalted stature Cannes annually showers on cinema.

After last year requiring regular COVID-19 testing and masks in theaters — and no kisses on the red carpet — Cannes has largely done away with pandemic protocols. Masks are recommended inside but are rarely worn.

French actor and President of the Jury of the 75th Cannes Film Festival Vincent Lindon (R) pose with jury members (from L) French director Ladj Ly, Indian actress Deepika Padukone, Iranian film director Asghar Farhadi and British actress Rebecca Hall as they arrive to attend the screening of “Final Cut (Coupez !)” ahead of the opening ceremony of the 75th edition of the Cannes Film Festival in Cannes. (AFP)

Cannes presented an honorary Palme d’Or to Forest Whitaker, who received a standing ovation. Whitaker, who won best actor at Cannes 34 years ago for his performance as Charlie Parker in Clint Eastwood’s “Bird,” said that while ascending the steps to the Palais des Festivals on Tuesday, he could still hear chants of “Clint! Clint!” ringing in his ears. Eastwood is one of few others who have been awarded an honorary Palme.

Questions of gender equality have long surrounded the Cannes Film Festival, where no more than five female filmmakers have ever been a part of the Palme competition lineup and only two women directors have won it. On Monday, Fremaux defended the festival, arguing that it selects films purely on the basis of quality. Hall, who last year made her directorial debut with the film “Passing,” was asked about her opinion on Cannes’ record.

“I believe that it is a work in progress. I mean for the whole film industry, not just the Cannes Film Festival,” replied Hall. “The way of dealing with these things needs to be addressed on a grassroots level as well. It’s not just the festivals or public-facing situations. It’s about all the minutiae of what goes into the industry at large.”

Farhadi, the Oscar-winning Iranian director, also spoke for the first time about an ongoing plagiarism suit regarding his previous film, “A Hero,” which won the Grand Prix in Cannes last year. A former film student of Farhadi’s, Azadeh Masihzadeh, has accused him of stealing the idea of the film from a 2018 documentary she made in a workshop taught by Farhadi.

Speaking at length, Farhadi said “A Hero” was not based on the documentary.

“It was based on a current event so this documentary and this film are based on an event that happened two years prior to the workshop,” said Farhadi. “When an event takes place and is covered by the press, then it becomes public knowledge and you can do what you like about the event. You can write a story or make a film about the event. You can look up the information on this event. ‘A Hero’ is just one interpretation of this event.”

At the tradition-upholding Cannes, the world’s largest and most glitzy temple to film, cinema, controversy and glamour swirl together in a 12-day spectacle of red carpet premieres and rampant movie deal-making up and down the Croisette. Theatrical release is a requirement of any film vying for the Palme, which has prevented streaming services from playing a big role at Cannes.

But this year, one new festival partner — TikTok — has raised some eyebrows. The festival is hosting TikTok creators from around the world and holding a separate contest for best (very short) videos created during the festival. Thierry Fremaux, artistic director of Cannes, granted TikTok wasn’t the future of cinema.