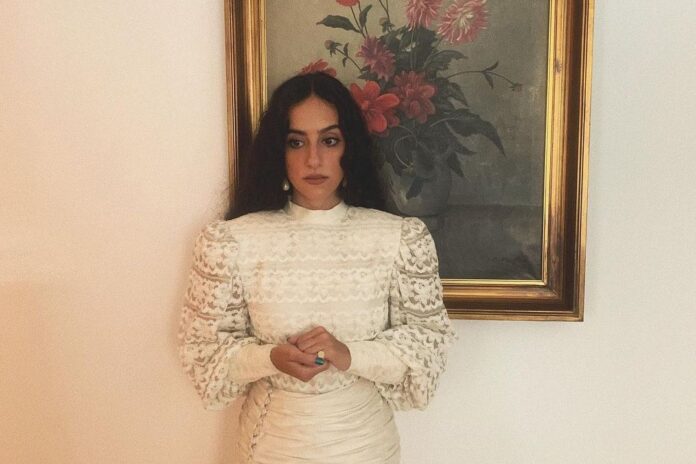 DUBAI: The Lebanese illustrator discusses her latest digital drawing, which pays tribute to Palestinian-American reporter Shireen Abu Akleh, who was killed in Jenin earlier this month.

When I heard the news of Shireen Abu Akleh’s death, I was in Portugal with my parents on a three-day vacation. I saw a couple of posts on social media, but it wasn’t very clear what was happening, so I went on Google Search and read a couple of very short reports, as the news was breaking. I went back on social media and my Palestinian friends were posting more and more about it.

It was actually very shocking. I felt like I had to go back to the hotel and draw a tribute to her. Seeing her on the floor was really intense and I was deeply disturbed for a while. It took me some time to process what was happening. I feel like she’s done so much for everyone; the way she’s been reporting for so many years and has been a voice for the people — risking her life almost every day.

Illustration is how I can communicate my thoughts and feelings more clearly. Most of my work is digital illustrations and I use an iPad. My fingers were moving so fast, almost in rage, but I had to stop myself and give a softer emotion to it. I had to pour out appreciation and admiration of who she was. I wanted that to translate into the piece, rather than it being an angry piece.

She was a very soft and kind person and I think that contributes to the halo around her head. At first, I wanted the flowers to be colorful, but then I wanted them to be kind of muted out and be white and very peaceful. She had an angelic face and was graceful till the end and I wanted that to be highlighted in the illustration.

She was wearing a press vest when she got shot and part of me wanted to remind people not just about the job that she carried out until her last breath, but also that she was wronged and that hurt a lot people.

The white, blank eyes may be disturbing to others, but to me they’re calming. It’s to remind people that, yes, there’s a human being behind that person, but there’s also a soul.