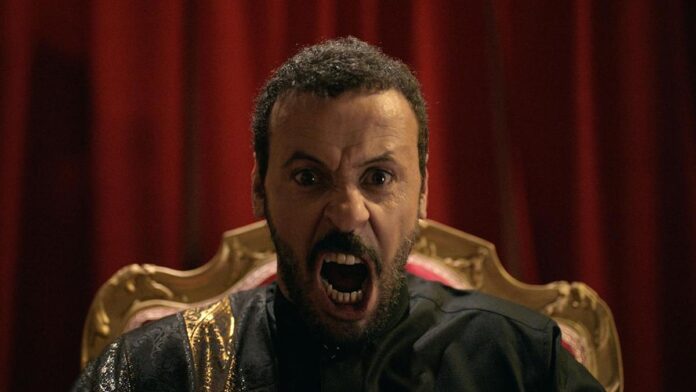 Directed by Moroccan filmmaker Hicham Ayouch, the satirical coming of age movie tells the story of a dreamer in Morocco with a strong fascination with Brazil whose life is turned upside down by the arrival of a televangelist, portrayed by Palestinian star Ali Suliman.

The Nazareth-born actor, who gained international acclaim for his role in Hany Abu Assad’s Oscar-nominated 2005 film “Paradise Now,” has made a name for himself as one of the best Arab actors today, appearing in Hollywood blockbusters such as Ridley Scott’s “Body of Lies.”

“Abdelinho” is currently in the post-production phase and should be completed by the end of this year.

The comedy sparked a buzz at the end of last year at the Red Sea Souk project market in Saudi Arabia.

Front Row Filmed Entertainment CEO Gianluca Chakra said in a statement: “We’re proud to be joining such a team. Hicham is an innate storyteller with an understanding of the region’s reality, but also its massive potential. ‘Abdelinho’ is a unique film that underscores how fanaticism can limit dreams and creativity, to the point of debilitating societies. Ultimately the film injects positivity and hope within our cultures here, something which we always strive for particularly in the Middle East. Given our position in the market, we will do everything possible to get this film out to be seen by as many eyeballs as we can reach.”

Front Row will be distributing the film in the MENA region and international sales will be handled by Parisian company Urban Sales who will be taking the film to Cannes.

This is Ayouch’s fourth feature film, and it is being co-produced by France’s Canal Plus International, Chadi Abdo’s Paris-based Hecat Studio (“The Cave”), FreeMonkeyz and Sihamou.