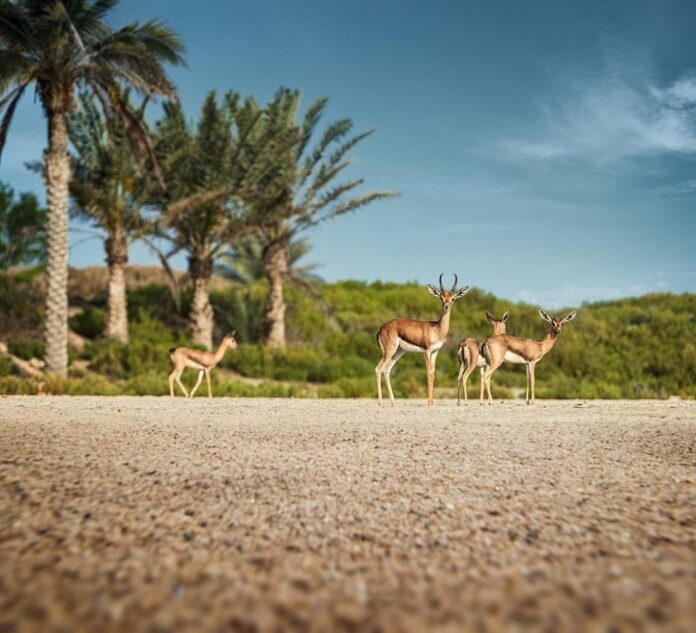 DUBAI: The urge for a weekend getaway has never been stronger since pandemic restrictions have finally begun to ease across the region. But the question remains: Where exactly should you go?

You can’t go wrong with the laidback charms of Abu Dhabi’s Saadiyat Island. The postcard-worthy destination, now under the management of Miral, the real estate development company responsible for Yas Island, has recently announced a new vision and strategy to bolster the emirate’s tourism sector.

Saleh Mohamed Al-Geziry, director general of tourism at Abu Dhabi’s Department of Culture, and Mohamed Abdalla Al-Zaabi, chief executive officer of Miral, announced the news alongside a new campaign video for Saadiyat Island with the slogan “One Island. Many Journeys” during the 2022 Arabian Travel Market, which kicked off at the Dubai World Trade Center on May 9.

“Saadiyat Island is undoubtedly one of Abu Dhabi’s finest treasures. We look forward to elevating awareness of Saadiyat’s enriching experiences as part of Abu Dhabi’s wider offering. From culture and entertainment to amazing landmarks and natural landscapes — all within close proximity to one another — Abu Dhabi is a must-visit destination,” said Al-Geziry during a press conference at ATM.

“We are honored and excited to be spearheading Saadiyat Island’s new strategy to position (it) as the destination of choice, providing visitors with enriching luxury experiences,” said Al-Zaabi. “With such a unique offering, from diverse cultural institutions including the iconic Louvre Museum, to pristine white beaches and undisturbed wildlife, Saadiyat Island is well-positioned to boost Abu Dhabi’s tourism sector,” he added.

It’s not uncommon to see a gazelle grazing outside your beach villa. Supplied

In addition to a number of luxury hotels and resorts, pristine white sand beaches, high-end restaurants, retail outlets and natural wildlife — it’s not uncommon to see a gazelle grazing outside your beach villa — the natural island is establishing itself as one of the world’s leading cultural centers.

The idyllic island is already home to the first international outpost of the iconic Louvre Museum and there are plenty of cultural hotspots set to cut the ribbon in Saadiyat within the next few years, including the hotly anticipated Guggenheim Museum, which is being designed by renowned architect Frank Gehry. Set to be one of the largest Guggenheim museums in the world, the venue is anticipated to open its doors in 2026.

Abu Dhabi has also unveiled plans for the Natural History Museum Abu Dhabi, which will feature some of the rarest wonders of natural history ever found. Currently under construction in the emirate’s Saadiyat Cultural District, the museum is also set to open in 2025.

The idyllic island is home to the first international outpost of the iconic Louvre Museum. Supplied

There’s also the Abrahamic Family House, designed by architect Sir David Adjaye, which plans to open later this year. The project, which was first unveiled during a global gathering in New York in 2019, coinciding with the UAE’s “Year of Tolerance,” aims to capture the values shared between Judaism, Christianity, and Islam, through three main buildings, including a mosque, church and synagogue.

Cultural institutions aside, the natural island, which is a short plane ride away from Saudi Arabia or within driving distance of the city if you’re from Dubai, is rapidly shaping up to be the ideal escape for those seeking ultimate relaxation, luxury and comfort.

For city dwellers seeking a unique hideaway, a boutique villa retreat located on Nurai Island can be reached in 15 minutes by speedboat from a private pier on Saadiyat Island. Dubbed the “Maldives of Abu Dhabi,” the idyllic sanctuary boasts 32 beach villas, all equipped with private infinity pools, an around-the-clock butler, and four high-end restaurants to pick and choose from, proving to be an ideal hideaway for city dwellers seeking relaxation. The properties are nestled right within the dunes and at night, you can hear the waves crash.

“There’s so much coming up in Saadiyat Island that’s just going to add on to what tourists and residents can enjoy,” said Al-Geziry. “We are really looking forward to working closely with Miral to make sure the numbers grow exponentially in both Saadiyat and Abu Dhabi as an overall tourist destination,” he added.

Under the new management, Saadiyat Island is expected to attract 19 million visitors and contribute AED4.2 billion in direct tourism revenue by 2025.