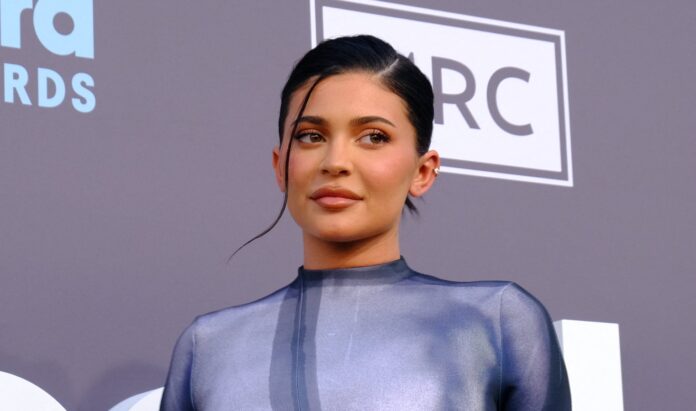 DUBAI: From shopping sprees to date nights, US reality TV star and beauty mogul Kylie Jenner has been setting style trends this week in London with chic and sporty looks.

Jenner was on a shopping trip to Harrods department store with her four-year-old daughter, Stormi Webster.

The 24-year-old star documented her shopping spree on TikTok.

“We just pulled up to Harrods to see Kylie Cosmetics and Kylie Skin. I brought my daughter to see it. I also haven’t seen it so I am a little excited and I am bringing you guys along with me,” she told her 45.4 million followers.

On one of Jenner’s strolls this week, she wore a head-to-toe denim look from French label Marine Serre’s Spring 2023 collection. (Instagram)

Jenner then shared clips of her and Stormi walking through the entrepreneur’s products booth. Stormi had a small basket to which she added a few items from her mom’s brands.

The businesswoman then showed a room filled with high-end clothes, accessories and toys.

“Look what Harrods did for Stormi to go shopping,” Jenner told her fans in the video. “Is this not the craziest? You are a spoiled, spoiled girl.”

On one of Jenner’s strolls this week, she wore a head-to-toe denim look from French label Marine Serre’s Spring 2023 collection.

For a date night with her partner and the father of her two children, Travis Scott, Jenner stepped out wearing a white-and-red leather motorcycle zipper jacket by French fashion house Mugler, which she paired with a mini skirt from clothing brand Devised Antithetical.

On Saturday, Scott performed his first arena concert since the Astroworld tragedy last year that saw a surge in the concert crowd leaving 10 individuals dead and many others injured.

Both Jenner and Stormi attended the concert at London’s O2 Arena.