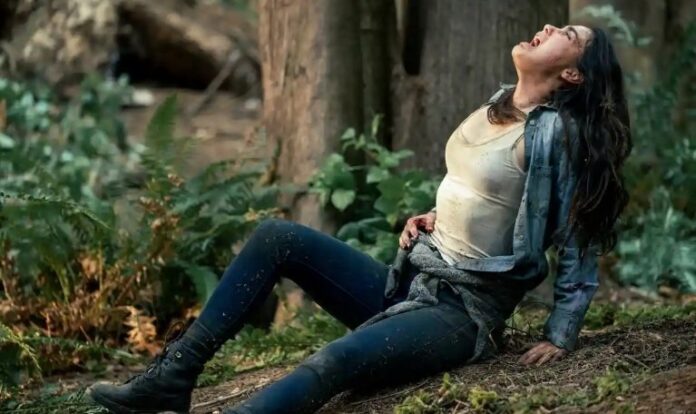 CHENNAI: “Keep Breathing,” a limited series on Netflix created by Martin Gero and Brendan Gall, is a survivalist drama that could have done with a little more drama.

The six-episode show sees Liv (Melissa Barrera) board a small plane with pilot George (Mike Dopud) and his friend, Sam (Austin Stowell), after her routine flight to Inuvik in Canada is delayed. She is a hotshot, hotheaded Manhattan lawyer who bulldozes the two virtual strangers at the airport — even offering them a bribe — to take her to her destination on their private plane.

But disaster strikes when the small Cessna aircraft crashes somewhere in the Canadian wilderness and Sam and George are killed. Bereft of survival skills or food, Liv’s efforts to get back to civilization form the premise of the series. Sadly, the show lacks tension or the kind of magnificent performance we saw in Tom Hanks’ “Cast Away.” Barrera hardly conveys the helplessness or urgency of her plight, and most of the time looks too made up for the mess she has got herself into.

The work relies mostly on flashbacks to move the narrative along, telling us how Liv uses her past problems and difficulties as lessons to try to escape from the remote place. Her experiences with her dull mother (Florencia Lozano), sickly father (Juan Pablo Espinosa) and her boyfriend (Jeff Wilbusch) help Liv on her mission to get back to civilization.

It all seems a tad contrived and forced, with plenty of missed opportunities for a few thrills. Unfortunately, the hint of heightened adventure never materializes and even the introduction of a wild bear does little to save this middling survival story. A tantalizing tenet is fleetingly introduced when Liv finds tubes full of money and tubs of opiates that her shady pilots were smuggling across the border. However, any possibility of an exciting storyline is shut down by the creators, who chose not to follow up on the plot point.

Despite the focus on the supporting characters, they are not well written and hardly make an impression. The series struggles to find the right balance, veering off into Liv’s past too often and ignoring the gripping potential of her present circumstances.