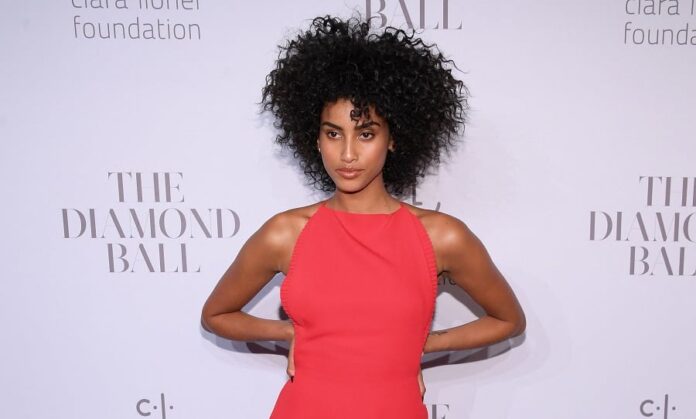 In the trio of snaps, which the model captioned “#BeYourOwnBOSS,” Hammam can be seen posing in a selection of outfits by the label.

She shows off a glittering mini dress, accented with a sharp black blazer, in one snap, while another sees the model sitting on the floor in a warm cardigan and small bag by BOSS.

The brand has tapped a number of famous faces in recent weeks, with the likes of Australian actor Chris Hemsworth acting as the face of BOSS Bottled Parfum and Italian tennis player Matteo Berrettini showing off the label’s watches.

For her part, Hammam is capping off a fruitful year, marked by a number of international campaigns.

In September, she was unveiled as the celebrity star of a campaign by Dutch football team Ajax for their latest pre-match collection.

The model fronted a campaign for the club’s newest line, which is a collaboration between Adidas, Ajax and Daily Paper and is being worn by the team during pre-match warm ups.

The short clips, shared on Muaddi and Hammam’s Instagram accounts, were shot in Cairo.

Hammam is one of the most in-demand models in the industry. She was scouted in Amsterdam’s Centraal Station before making her catwalk debut in 2013 by walking in Jean Paul Gaultier’s couture show.

Since then, she has appeared on the runway for major fashion houses, such as Burberry, Fendi, Prada, Marc Jacobs, Moschino, Balenciaga and Carolina Herrera, to name a few.

Hammam, who has been featured in leading fashion publications, such as Vogue and V Magazine, also starred in international campaigns for DKNY, Celine, Chanel, Versace, Givenchy, Giorgio Armani and more.