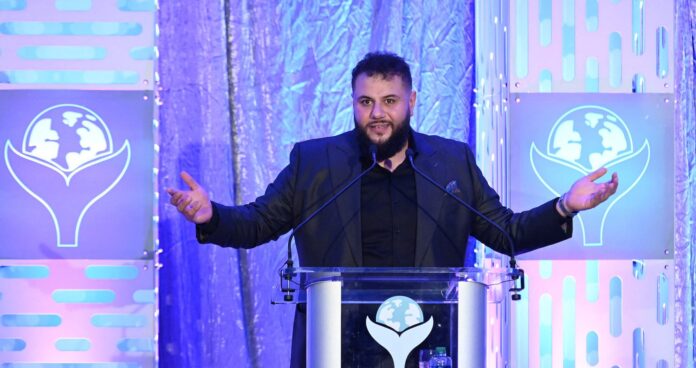 The eight-episode series, which will be released on Aug. 24, centers on a Palestinian immigrant family living in Houston, Texas. It follows Mo Najjar, played by Amer, who straddles the line between two cultures, three languages and a pending asylum request, all while hustling to support his family, which includes his mother, sister and older brother.

Amer also serves as executive producer in the series, along with his “Ramy” co-star and friend Egyptian-American Golden Globe-winner Ramy Youssef, who also appears in the show.

In December, Amer told Arab News that he is at a point in his career where he is able to share his stories with a wider audience than ever before through an artistic medium that allows viewers to experience both his perspective and that of the Palestinian people in an intimate way.

“That’s why I think the art of stand-up is so liberating. It’s never been about the money,” he said. “Making money is great, and I want to make what I can, but it’s about telling great stories. I’m less concerned about money, and more concerned about punching above my weight. Creating a masterpiece is a worthy trek. That’s how I feel. That’s where I’m at right now with my stand-up, and my TV show.”

Amer began his career in comedy in his early teens and soon discovered that no one was telling stories about his experience or that of Arabs in general.

“I first got on stage at 14 years old, and I started touring when I was 17. Immediately, I started noticing that there was this huge gap,” he said. “There was no real representation at all on any of those stages of Arabs or Muslims. I said to myself, ‘OK, why don’t I introduce it?'”

With “Mo,” “Mo Amer: Mohammed in Texas,” “Mo Amer: The Vagabond” and “Ramy,” the comedian has and still is sharing the stories of both his family and his people.