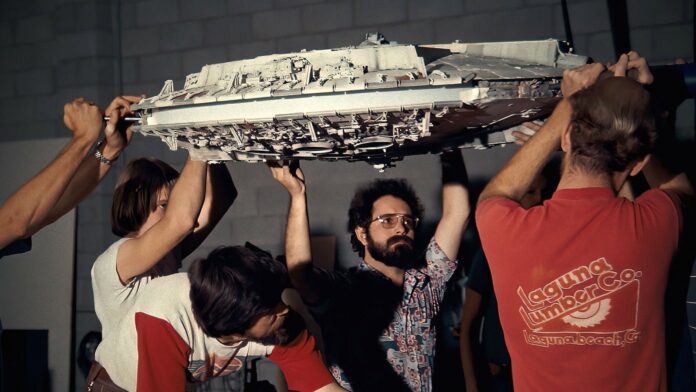 CHENNAI: Movies mean magic, leading us through a fantastic array of special effects that have become an integral part of story-telling.

Written and directed by Lawrence Kasdan (“Darling Companion,” “French Kiss”), the six-part series does not side-step the limitations with auteur Steven Spielberg, quipping: “When the effects become the story, we’ve lost our way.”

I would go a bit further; too many of them rob a movie of its very soul.

But Kasdan does not dwell on this flip-side. Instead, he chronicles the origin and growth of Industrial Light and Magic (ILM), the visual effects company founded by Lucas when he was making “Star Wars: A New Hope.”

The docuseries explores how miniature models and matte paintings created in the 1970s paved the way for compelling computer-generated images. We watch Lucas’ early struggle to transform his imagination into imagery that finally saw the production of films such as “Raiders of the Lost Ark.”

The progression to computer-generated visual spectacles is amazing, and we get to meet the brilliant minds behind them. John Dykstra, Ken Ralson, Dennis Muren, Joe Johnston and Phil Tippett, among others, present interesting titbits enriching the series, and they present their narratives about many iconic movies with ease.

It is interesting to see how Dykstra used “motion control systems” to concoct the dogfight scenes in “Star Wars” or how potatoes were used in the visual effects of “The Empire Strikes Back.”

Director J.J. Abrams describes these as “that rare magic trick where the technique is as good as the illusion.”

When visual-effects ace Muren read one of the “Star Wars” scripts, he says, “I just thought, ‘This is impossible.'”

Kasdan shows how the impossible became possible with ILM.

Although the series may seem like a hagiography of ILM, there is no denying that Lucas and his team made special effects into a fine art. And Kasdan keeps up the tempo by ending each episode on a cliffhanger. A must-watch for film lovers.

“Light & Magic” is now available to stream on Disney+.