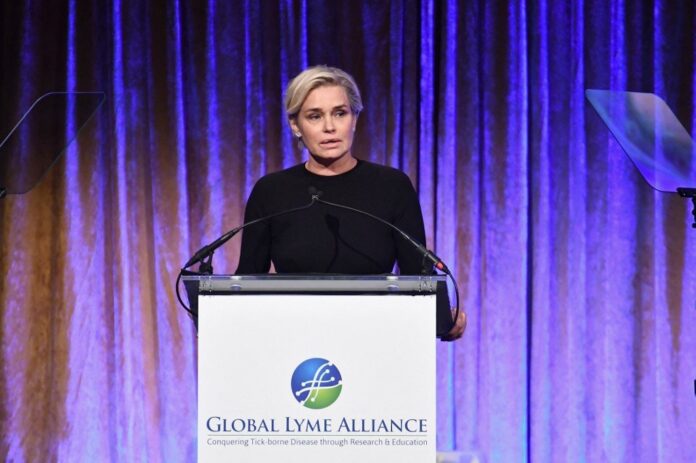 DUBAI: Yolanda Hadid, the 58-year-old former model, and mother to supermodels Gigi and Bella, returned to social media after a nine-month hiatus on Sunday, revealing that she has been battling depression following the death of her mom, and had a Lyme disease relapse.

“Coming back from a nine-month social media hiatus, a time to reevaluate my life. After the loss of my mother, I really struggled with depression followed by a Lyme relapse … the emotional stress and grief strongly affected my immune system,” Hadid wrote.

“My phone addiction didn’t help either, it started to take so much time away from being present in my life. It’s so easy to get lost in other people’s stories while forgetting to live and love your own. Texting is so much easier than picking up the phone and calling someone. We are all guilty of it,” she continued in the lengthy post.

Hadid has had plenty of experience in the modeling world. She was discovered at the age of 14 when Dutch designer Frans Molenaar asked her to replace a model in one of his collections. She would go on to become a fashion week fixture during the 1980s and 1990s, and appear in the pages of high-profile fashion publications.

Although she no longer models, she is a best-selling author, former “Real Housewives of Beverly Hills” cast member and a TV host.