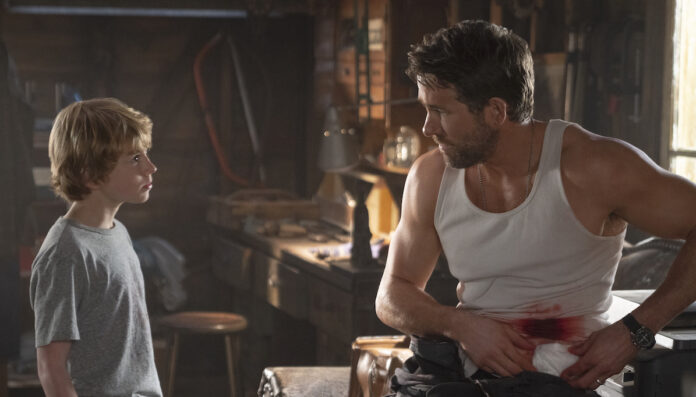 The Adam of the title is Adam Reed — a skilled pilot living in a near future when time travel is possible, thanks largely to the genius of Adam’s late father Louis (Mark Ruffalo), an idealistic scientist whose rather-more-ruthless business partner Maya Sorian (Catherine Keener) is now a politically powerful billionaire.

The Utopian future that Louis strived for has turned into a nightmare — one that Adam tries to escape in his cutting-edge time-travel jet. His aim is to return to 2018, where his wife — also a pilot — was last known to be headed, but instead he crash lands in 2022 near his childhood home. It’s a year after his father’s death, and his mother Ellie (Jennifer Garner) is struggling with the moody 12-year-old Adam (Walker Scobell).

“The Adam Project” is a sci-fi movie. (Supplied)

Breaking all the long-established rules of time travel, a severely wounded adult Adam makes contact with his younger self, who quickly figures out what is going on. Since the time-travel jets are linked to their pilot’s DNA, and adult Adam’s blood loss means it cannot get a strong enough reading, young Adam is required to fire up the engines so the jet can start to fix itself. The catch? That allows Sorian and her ruthless private army to trace adult Adam.

Somewhere in here there could well be a great sci-fi movie. But this version — enjoyable but instantly forgettable — isn’t it. Though it does prove that, despite what Netflix thinks, you can, in fact, have too much Ryan Reynolds.