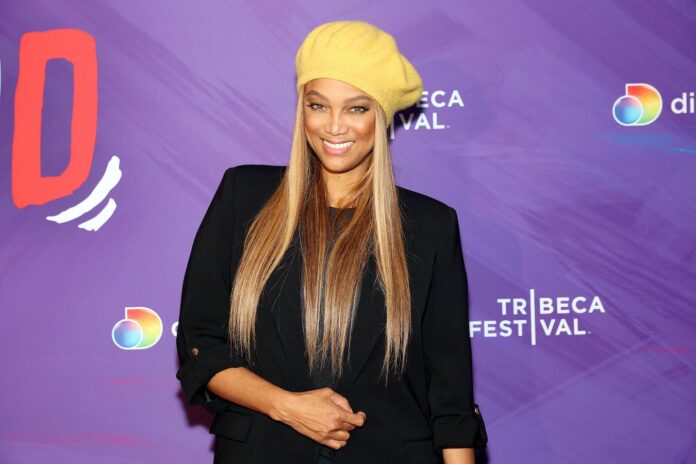 DUBAI: A Middle Eastern franchise of “America’s Next Top Model” is in the works, according to local media reports.

Although official confirmation is yet to be made, local media reported that the regional edition will be called “Arabia’s Next Top Model.” The production team is reportedly looking for a well-known host and judges in the modeling and fashion industries. Read on for our picks for who we would like to see sit on the judging panel of the possible Middle Eastern version.

The hit US show, which premiered in May 2003, was created by US supermodel Tyra Banks, who also serves as an executive producer. It was developed by TV producer Ken Mok and writer Kenya Barris.

In the show, aspiring female and male models compete against each other in a series of challenges in order to win career opportunities in the modeling industry.

Arab News contacted various TV production houses affiliated with international iterations of the show, but none had responded at the time of publication.

Although the production house is yet to confirm the news, here are our picks for who we would like to see sit on the judging panel of the possible Middle Eastern version.

The powerful women behind Huda Beauty and perfume brand Kayali would be the perfect judges, although their camp has not made an official announcement about their potential involvement in the show.

Banks, who created “America’s Next Top Model,” did meet Mona at an event in Abu Dhabi in March 2022, and posted that she was “a true beauty.”

Part Saudi model Shanina Shaik would give the show a healthy dose of star power. The former Victoria’s Secret model has posed for a number of fashion houses and has appeared in the pages of Vogue Arabia. Although her social media accounts feature no mention of a potential starring spot on the show, here’s to hoping we will see her in the Middle East soon.

The Lebanese Australian model, entrepreneur and humanitarian would be an ideal judge given her history as Miss World Australia 2012. She has starred in campaigns for international fashion houses and is a red carpet and front row regular at events around the world.

The popular radio host is known for his sense of humor and would certainly lighten the atmosphere on the competitive show.

Saudi model Amira Al-Zuhair recently hit the runway for Dolce & Gabbana, Giorgio Armani and Lebanese couture label Georges Hobeika. The young star could be the ideal mentor for other up-and-coming models in the Middle East if she is picked to appear on the rumored show.

Who better to handpick an up-and-coming model than the Arab world’s most famous designers? Elie Saab, Zuhair Murad, Georges Hobeika and Georges Chakra are all options for who we would like to see take a seat on the judging panel.