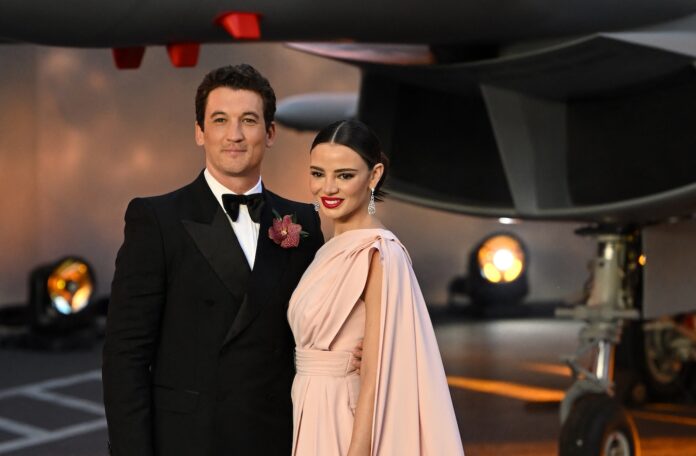 DUBAI: US actress Keleigh Teller is shutting down red carpets across the world as she supports her husband, Miles Teller, at international premieres for his new film “Top Gun: Maverick” — and she has been spotted in a number of gowns by Lebanese designer Zuhair Murad along the way.

Earlier, she stunned at the film’s London premiere in a pale pink gown from Murad’s Spring 2022 line, complete with a thigh-high slit and a sleek belted waist.

The actress was also spotted alongside her husband at the premiere of Netflix film “Spiderhead” in New York last week in a dramatic all-black look by the Lebanese designer.

“What an audience has been feeling for two hours, he can sum up in one look, and that is something that Tom really is a master of. He’s just been doing it at such a high level for such a long time and so I would just find myself sitting back and watching him,” he said.

Pandemic times or not, the Paramount and Skydance release is eclipsing significant box office milestones at record speed. After only 10 days on the big screen, “Top Gun: Maverick” generated $291 million in North America and $548.6 million globally.

“It has never been more appropriate to say ‘the sky’s the limit’ for ‘Top Gun: Maverick,'” Paramount’s president of domestic distribution Chris Aronson wrote in a note to press.