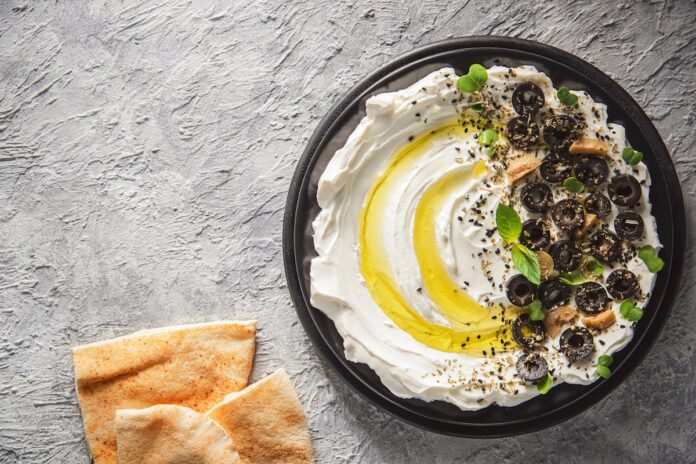 DUBAI: A new Arabic word has entered the 2023 edition of the well-known French dictionary, “Le Petit Robert,” established by lexicographer Paul Robert in the 1960s. The word is “labne” or “labneh.”

Derived from the Arabic word “laban” (yogurt), it is a creamy yoghurt cheese that is a staple of a typical Levantine breakfast.

“I am happy and proud to have parts of our products, dishes and traditions recognized internationally, and especially in France,” the French-Lebanese chef Karim Haidar told Arab News. “Adding a new kind of cheese to the country of cheese is amazing.”

The Paris-based chef said that the decision did not come as a surprise as over the years his French clients and friends have come to love labne, found in countless restaurants and delis in the French capital. Not only does it taste good but it has health benefits as it is high in protein and calcium, he said.

According to Haidar, labne is traditionally made with goat’s milk. It has great acidity, prepared in terracotta, rolled into small balls, and later preserved in olive oil. Labne can also be made with sheep and cow’s milk.

While labne can usually be found in any Middle Eastern supermarket, preparing labne at home is easy — it requires adding salt to yogurt and straining it in a cloth overnight.

It can be eaten in a number of ways. Whether consumed in a sandwich-to-go or as a dip, it is drizzled with olive oil and often topped with either zaatar, mint or sumac. In recent years, international chefs have incorporated labne into dessert dishes.

The introduction of labne into “Le Petit Robert” comes at a time when Lebanese immigration to France has increased in the past few years due to the economic crisis hitting Lebanon. But Haidar believes that French interest in this yogurt goes back a few decades.

“I don’t think the last Lebanese emigration episode had an effect,” he said. “Labne arrived on French tables since the 1975 emigration. We are witnessing for years now the love of French people for labne, and French food culture opened itself to foreign food cultures in the last 30 years. Just like mozzarella or parmigiano, you can find labne on the shelves of some big supermarket chains now.”