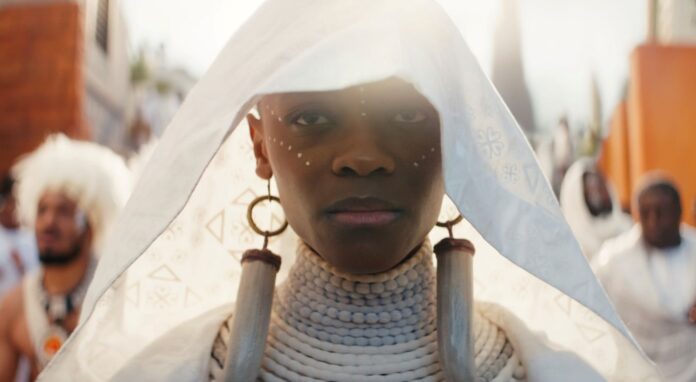 DUBAI: While the world is still coming to grips with “Black Panther” star Chadwick Boseman’s death to cancer two years ago, Marvel Studios has had to face the insurmountable task of following up one of its biggest hits without its lead star. But “Black Panther: Wakanda Forever,” releasing in theaters across the Middle East on Nov. 10, manages a heartfelt — if uneven — tribute, tuning into the grief and loss with respect and a sense of deserved reverence.

The sequel, coming four years after the breakout success of the original, finds Wakanda in deep mourning. The sudden death of its king and protector, the Black Panther (Boseman), means his mother Ramonda is now queen regent. As a fairly new player on the world stage, the power vacuum means that rival countries are now looking for easy ways to steal vibranium, a super-metal found only in Wakanda.

The US government, meanwhile, has managed to hire MIT student Riri Williams (Dominique Thorne making her debut as Ironheart) to build them a vibranium detector, which leads to the metal’s discovery a tad too close to another secret civilization: Talokan, director Ryan Coogler’s Mesoamerican-inspired version of the underwater city Atlantis.

Talokan ruler Namor, presented with exceptional intensity by Mexican actor Tenoch Huerta, wants to ally his secret nation with Wakanda, united by their aversion for oppressors and colonizers, to attack the rest of the world or risk being attacked themselves. In the center of all this upheaval is Shuri (Letitia Wright), a brilliant inventor and scientist who has to grapple with the finality of her being unable to save her brother despite her considerable gifts.

Shuri’s journey to come to terms with his death and forge her own path — whether by following in T’Challa’s steps or some other figures in her family — is truly the only story thread that matters, and while it is given appropriate weight, it sinks under the tonal shifts of its many story arcs.

Heavy themes such as military oppression, colonizer violence, cultural sovereignty, and the fight between vengeance and alliance are discussed but barely resolved. A bloated runtime also means audiences are going to be squirming in their seats as they watch the climactic battle scenes, middling at best and boring at worst.

It is hard to watch “Black Panther: Wakanda Forever” and not imagine what it would have been like with Boseman leading the way. But like all goodbyes, as unsatisfying as they may feel, closure comes and all we can do is embrace it.